was born in Rzeszow. From the age of seven, she attended the music school from which she graduated with honors. After attending the piano class of Prof. L. Strzelecka for one year, she started to learn to play the violin at the violin class of Prof. D.Sendłak. After graduation, Anna continued teaching in the Music School Association in Rzeszow in the class of Prof. R. Naściszewski, while at the same time, she was a student at the Conservatoire de Lausanne in Switzerland in the class of Prof. J. Jaquerod. She also graduated from this course with distinction. From 2001 she studied at the University of Music and Performing Arts Vienna in the violin class – concert subject of o.Univ. Prof. Edward Zienkowski. In 2007 she received her diploma with distinction and a prize from the Minister for Culture and Art and acquired the title Mag. Art. In 2008/2009, she completed postgraduate studies at the same university under supervision of Prof. Edward Zienkowski. Anna took part in the International Z.Brzewski Master Classes in Łańcut, the Verbier Festival Academy, the Vienna Master Classes and others, each under supervision of valued virtuosos and educators such as I. Haendel, I. Ojstrach, M. Jaszwili, H .Krebbers, KAKulka, P.Urstein, J.Kaliszewska, M.Ławrynowicz, P.Farulli (Quartetto Italiano). She is the winner of numerous Polish and international competitions, such as: – Special prize of the Henryk Wieniawski Society at the Polish St. Serwaczyński Violin Competition in Lublin (1996) – first prize in the young talent competition in Moudon, Switzerland (1998), – first prize at the 4th „Andrea Postacchini“ International Violin Competition in Fermo, Italy (1999), – third prize at the International Chamber Music Competition together with the ITOYAKA Trio in Trondheim in Norway (2000), – first prize from the Scientific Center of the Polish Academy in Vienna organized music competition by performers of Polish descent (2005), – first prize at the International Baltic Violin Competition in Gdansk (2006), – second prize – the silver medal and the special prize for the international cultural exchange at the 10th International Music Competition in Osaka in Japan (2009) From 1989-2008 she was a scholarship holder of the Polish National Foundation for Children, the Minister for Culture and Art, the Jmanuel and Evamaria Schenk Foundation (Switzerland), the Maggini Foundation, Anna Gutowska the Viktor Bunzl Foundation, the Tokyo Foundation, the Yehudi Menuhin Live Music Now Foundation (Austria). As part of the Sasakawa Young Leaders Fellowship Found Anna Gutowska (Tokyo Foundation), she took part in chamber music courses and concerts at the Juilliard School of Music in New York, as well as at the Conservatoire National Superier de Danse in Paris and the Universidade de Coimbra in the Biblioteka Joanina in Portugal part. She has performed numerous times as a soloist with the following leading Polish and international orchestras: Sinfonia Varsovia, Orchestra of the Pomeranian Philharmonic in Bromberg / Bydgoszcz, Baltic Philharmonic in Danzig / Gdańsk, in Rzeszów, in Allenstein / Olsztyn, in Lodz / Łódź, Capella Bydgostiensis, Slovenska Filharmonia Bratislava, Orchester du Chambetta, Webern Sinfoni in Switzerland at ORF, National Library in Vienna. She has given concerts with the following conductors: T.Wojciechowski, J.Maksymiuk, T.Strugała .Cz.Grabowski, M.Dworzyński, JMFlorencio Junior, P.Wajrak, P.Chromcak, Ł.Błaszczyk and other. Anna Gutowska took part in the Amber Baltic Festival in Międzyzdroje. Together with Maria Szwajger – Kułakowska and Piotr Janosik (Silesian) she performed at the instrumental music festival of the Music Academy in Katowice. She also took part in the Chopin Festival in the Kartause Gaming in Austria, in the Days of Music by Karol Szymanowski in Zakopane, she performed in the Musikverein in Vienna, Neruppin, Guanghzou, Beijing, Shanghai, Harbin in China, and other prestigious concert halls. Together with the pianist Lubow Nawrocka, she performs in Poland, Germany, and other countries. In May 2010, she performed a concert of transcriptions of Chopin’s works in the Vienna Musikverein’s Glass Hall. She works with the classic tango dance couple Maria & Pablo. Anna Gutowska has recorded a CD with two concerts by Henryk Wieniawski with the Poznan Philharmonic conducted by Jakub Chrenowicz. From October 2012 to 2016, She had been the assistant teacher in the violin class of Prof. Edward Zienkowski at the University of Music and Performing Arts Vienna. In May 2014, Anna played together with the AUKSO chamber orchestra conducted by Marek Moś in the Berlin Philharmonic. In May 2015, Anna Gutowska performed a concert with Prof. Alvaro Pierri at the International MDW Guitar Festival Vienna. In 2016 she performed as a soloist with the Orchestra Association of the Society of Friends of Music (M.Karłowicz)at Vienna’s MuTh Concert hall. In 2017 she performed Wieniawski violin concert nr. 2 in Rybnik and in Rzeszow (Karłowicz), she also performed at Mozartiana in Gdańsk, and with Marek Kudlicki (organ) and Camerata Polonia. Since 2016 she leads the class for gifted children and pre-university violin students at the University of Music and Performing Arts Vienna. In 2017 and 2018, she performed concerts with Mika Mori in Japan and Wang Xi in China. She also performed in the 2019 concert recital with Gotthard Popp and Joanna Przybylska & piano trio and concert recital with Noriko Ushioda in Polskie Radio Katowice. In 2020 she took part in a concert recital with Arya Bastaninezhad, Noriko Ushioda, and Margarete Babinsky in Roudaki Hall in Tehran, Iran. She performed as a soloist with Rzeszow Philharmonie (J.Sibelius violin concerto) conducted by Jiri Petrdlik and a recital with Chantal Mathieu (harp) in Vienna and Zagreb. She is a member of the jury in numerous music competitions. She regularly teaches various international music courses, such as Z.Brzewski music courses in Łańcut, Kuwait, Tbilisi (geories), Japan, Iran, Mexico City, Chile, China, Japan, as well as in CEFMAC in Marianka (Slovakia). 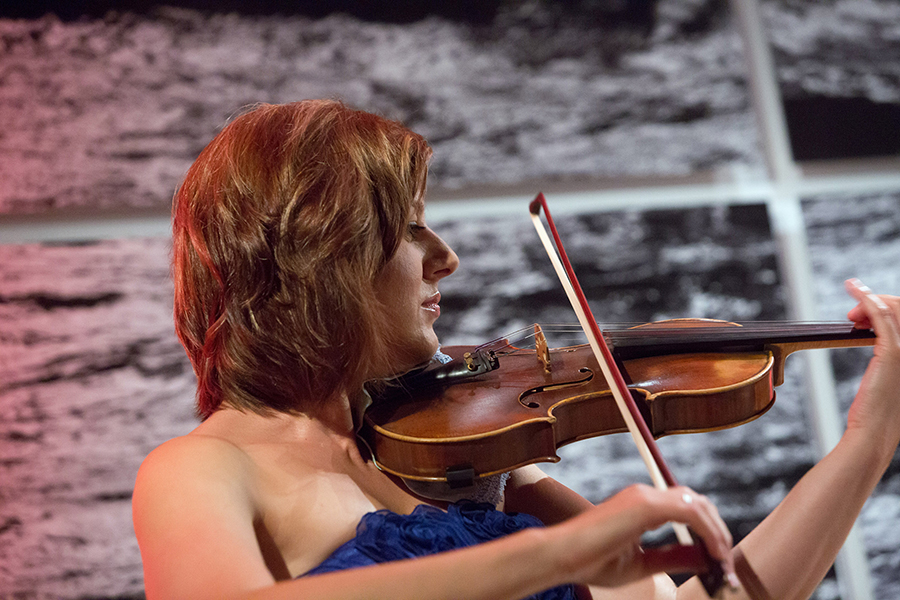